A new research paper arguing prescribed burning can save lives, property and biodiversity has been strongly welcomed by Forestry Australia.

Morgan et al.’s Prescribed burning in south-eastern Australia – history and future directions concludes that: “As the climate in south-eastern Australia becomes warmer and drier, it is more urgent than ever that appropriate strategies are in place, with a strong emphasis on prescribed burning, for the year-round management of fire-prone forests on public and private lands.” 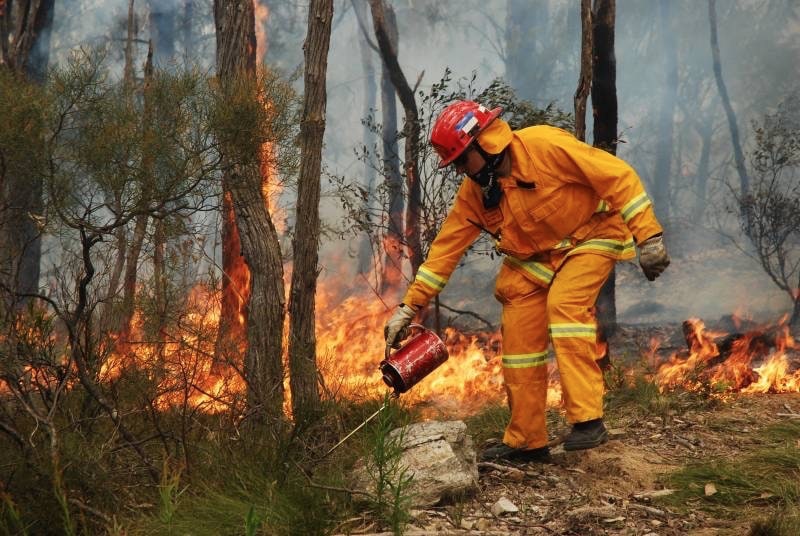 The preferred term is “Prescribed Burn” for fires which have been carefully planned and documented before implementation with a clearly stated set of management objectives and carried out under clearly prescribed conditions based on fire science. “Burning Off” is also a deliberately lit fire to achieve certain outcomes, but is done without careful documentation or prescription settings and usually implemented based on the past experience of the owner of the fire. “Controlled Burns”, “Cool Burns”, “Hazard Reduction Burns”, “Regeneration Burns”, “Slash Burns” , “Fuel Reduction Burns”, “Ecological Burns”, “Habitat Burns” and “Backburns” are all forms of Prescribed Burns.

Backburning involves lighting a new, independent fire ahead of a wildfire front so as to remove all the fuels from a designated control line back to the wildfire front. Typically the backburn will be burning back into the wind and hence its name. When a backburn and a fire front meet, the local fire intensity is likely to be increased. Under conditions when a wildfire cannot be controlled by direct attack, maintaining control of a backburn is a very risky and difficult strategy to implement and therefore must be sanctioned by the Incident Controller of a Wildfire. Burning-Out may involve small or very large areas of deliberate lighting, but it is done within the limits of an existing fire area, hence it is a tactical decision that can be made of Operational leaders on the fireline or by the Incident Controller. The aim of a burning-out operation is to consume all the fuels within fire control lines under mild and controlled conditions to prevent spotting or intense fire runs breaching the control lines under any expected more severe weather conditions.

On Thursday, 16 January 2020 Forestry Australia released principles to help Australian understand prescribed burning and to ensure there was an informed debate on how the nation’s forests are managed

1. Fire as management tool of the landscape has been used since ancient times in Australia, and it remains a key tool in the face of climate change.

Both natural fires and fire used by Aboriginal people have shaped much of Australia’s flora and fauna. For millennia, fire was used in the Australian landscape by indigenous Australians. More recently, land management professionals have developed and refined landscape-scale burning as a modern bushfire mitigation tool and indigenous Australians have been reintroducing traditional burning techniques. Whilst climate change is altering some of the parameters for prescribed burning, it remains a key tool in managing bushfires.

2. Nothing will stop intense bushfires, but prescribed burning will significantly mitigate them.

Not even the biggest water-bombing aircraft can stop the head of a major bushfire burning under extreme conditions, so it is self-evident that prescribed burning cannot stop the forward spread of very intense bushfires whose behaviour is driven by extreme weather parameters rather than fuel levels.

However, it is also a reality that around 95% of the time bushfires burn under moderate, mild, or benign conditions where their behaviour is primarily driven by fuel levels. The intensity of such fires which are the majority of bushfires can be substantially mitigated if they have reduced fuel levels from previous prescribed burning.

The primary value of reducing forest fuel levels is that it enables fire-fighters to more quickly control most fires with less area burnt. Many of the huge fires we are now experiencing were initially burning under mild conditions, it is apparent that reduced fuel levels would have assisted fire-fighters to control them before the on-set of dangerous fire weather conditions which made them uncontrollable.

Even when bushfires are burning under extreme conditions, reduced fuel levels provide a substantial benefit in reducing fire severity sufficiently to lessen impacts to wildlife, soil, water and cultural values in comparison to the impacts of the same fire burning through heavy fuels.
Furthermore, while reduced fuel levels will not stop the head of an intense fast-moving bushfire, they can sufficiently mitigate fire behaviour on the fire’s flanks to allow control line construction thereby minimising the risk of broad fire flanks becoming head fires under a later wind change.

5. Prescribed burning is not the perfect solution, but over time it is beneficial.

There is no panacea for our bushfire problem, and prescribed burning should not be promoted as the only solution. Equally however, it should not be castigated and dismissed because it does not stop intense, fast moving bushfires. Such criticism is as misguided as dismissing the value of seat belts in cars because people still die in car accidents. Both seat belts and prescribed burns are highly beneficial most of the time.

6. Forestry Australia recognises the fire management skills of the traditional indigenous owners of the land.

Forestry Australia supports the use of fire in northern Australia, particularly by indigenous Australians for sustainable forest management including carbon emission reduction, forest health, and ecological values. Forestry Australia encourages the extension of this approach to other regions of Australia